Custom Search
Best Dive Movies
Best Dive Photos
Best Dive Sites
Free Subscribe
, if you would like to give Greatest Dive Sites permission, only by request, to upload dive items to your FaceBook account and visa versa.

Nursery Cove and the Labyrinth are a cove and an area of canyons combined with swimmthroughs famous for its many juvenile fish.

Nursery Cove is a popular lunchtime mooring which is a shallow but interesting area for both snorklers and novice scuba divers. The resident fishes are very tame. Nearly all the new zealand species of labids are found here including banded parrotfish, green parrotfish, orange parrotfish, sandager's parrotfish, combfish, crimson cleanerfish and red pigfish. At the entrance to the cove a large anchor and chain can be found. Off the southern point of nursery cove is the area known as the labyrinth. This can swum to from the cove and there is also an underwater archway to swim through. 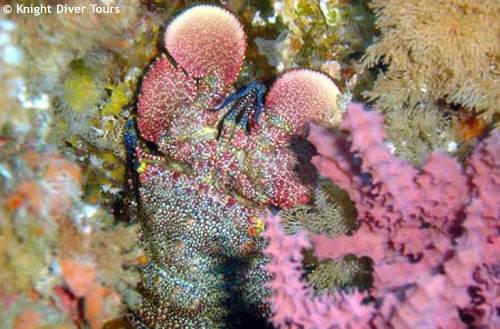 Nursery Cove is a shallow and small cove with a permanent boat mooring, a fisherman's anchor and hundreds of juvenile fish. Continuing southward you can find a small area named the labyrinth which is filled with canyons and swimmthroughs. Fish life such as pigfish, wrasses, john dories, snapper and rainbow fish are common inhabitants and enrich the arch with some color.

Take a look at all the pictures!

Take a look at some of the other dive destinations.